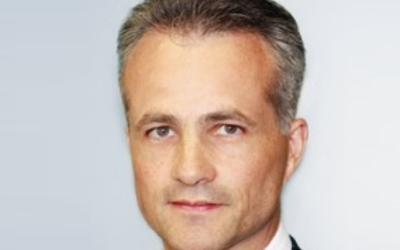 To state the obvious, recapping European banks is no solution to the Eurozone crisis. To state the less obvious, the European authorities could actually make things worse – materially so – if recaps incorporate “hypothetical” losses on non-Greek sovereign debt...

For professional investors and advisers only.This document is not suitable for retail clients.

Instead, the focus of policymakers needs to be on the root causes of the eurozone sovereign debt crisis – namely, the rise in government indebtedness in several countries to excessive levels (whether through the profligacy of governments or of banks, which then had to be rescued by governments) and the lack of competitiveness in much of the European periphery – both of which are of course the inherent faults of the eurozone’s attempt to pursue monetary union without fiscal union.

Dexia and Intesa Sanpaolo are the poster children for why simply demanding that banks carry higher capital levels is not the answer. Dexia ranked number 1 (yes – number 1) of all listed banks of any significant size in the European Banking Authority (EBA) Stress Test back in July, based on 2012e Core Tier 1 capital ratios under an “adverse scenario.” It has just been rescued by the French and Belgian governments. Meanwhile Intesa Sanpaolo undertook a  €5 billion rights issue in the second quarter and has recapitalised to a BIS 3 Core Tier 1 ratio of around 10% – a pretty rich level. Yet Intesa has not undertaken any senior debt issuance in public markets since May.

How can this be? Well – Dexia had a broken business model, a fact its creditors eventually came to recognise and a fact that wasn’t altered by the award of a gold medal in the EBA Stress Test. And Intesa – well it’s an Italian bank.

Now take a look at Deutsche Bank. This is a bank that some might argue is somewhat light on capital and yet it currently stands as the only eurozone bank to raise senior unsecured debt in the public market since the summer.
How come? It’s a German bank.

A credible solution to the sovereign crisis should be front and centre of EU and G20 meetings
The long-term solution to the euro crisis has to be one that convinces investors they will get their money back at par, whichever country is the debtor. This may mean full fiscal union, but more likely – at least in the near-term – proper controls over sovereign indebtedness and fiscal balances (i.e. Maastricht rules that actually matter this time). Where rules are breached a euro sovereign should surrender control of taxation and government spending in the same way that a company surrenders the management of cashflow and collateral to a bank when it breaches debt covenants.

However, the latter will take time to agree so in the meantime we need to see plenty of “air cover” which aids the healing of markets until a more sustainable solution can be put in place – namely:

– A reversal of the April and July ECB rate rises in recognition that the threat of deflation, not inflation, looms large

– The provision  of 24, 26 and 48-month liquidity by the ECB to stem the pace of de-leveraging of the banking sector

– A two-pronged attack to ensure that euro sovereigns can borrow at economic rates. In the primary market this would be achieved via the provision of “first loss” insurance by the EFSF (European Financial Stability Facility). Meanwhile, in the secondary market the ECB should launch a programme of quantitative easing whereby the ECB buys eurozone government bonds targeting an explicit spread over bunds, with these spreads determined by the level of government indebtedness and primary balance trends.

The dangers of a misguided bank recap programme

Some banks in Europe probably do not have enough capital and should be recapped. This is either because their
balance sheets have not been marked to a level which investors feel is credible (Spanish banks’ exposure to developer loan books being the most obvious example) or because their capital levels are too low to cope with a more adverse macro environment. With regard to the former, the Partido Popular (People’s Party) in Spain looks likely to win a landslide victory on 20th November and has intimated that it will clean up the banks – so progress here feels pretty imminent. Meanwhile, for Europe’s banks under, say, a 9% or 10% BIS 2.5 Core Tier 1 ratio at the end of December, the EU authorities could demand a recap.

Assuming a 60% write-down on Greek sovereign exposure, this is a very manageable number – some €40-80 billion, depending on whether the target is 9% or 10%. This amounts to some 6-13% of the sector’s current market capitalisation.

Alternatively authorities could force a recap as above, but also require this post the “adverse scenario” assumptions as per the EBA Stress Test back in July. This would be a “belt and braces” approach and runs the obvious risk that the EBA Stress Test methodology does not accurately reflect the reality of the next couple of years. Such a methodology would increase recap requirements materially to €115 billion at a 9% BIS 2.5 Core Tier 1 target or €185 billion at a 10% target. This would represent 18-30% of the sector’s market cap and – at a 10% target – would require almost every
bank in Europe that took part in the Stress Test to raise capital. Assuming that only eurozone banks need to be recapped the requirement would fall to €74-116 billion.

Some have suggested that the sector be recapped to accommodate “theoretical” sovereign losses beyond Greece.  This would be extremely dangerous territory. Indeed, the fact that it is being mooted is enough to cause some pretty significant negative effects in the euro sovereign debt market as banks dump sovereign debt holdings in fear of mark-to-market – or even worse, hypothetical haircuts – being imposed on their capital bases. Authorities need to stamp on this possibility immediately. If such a route is pursued the ECB had better stand ready to buy an awful lot of Italian and Spanish paper from Europe’s banks.

This methodology, coupled with the EBA Stress Test assumptions, triggers a c.€200 billion recap requirement for the sector assuming a 10% stressed BIS 2.5 Core Tier 1 requirement (€135 billion assuming 9%). However, far less capital would actually be raised as non-euro countries would rightly refuse to take part in such a ludicrous exercise.

Implications for Europe’s banks
If next weekend’s Euro Summit sees a massive recapitalisation of Europe’s banks based on the flawed methodology of “hypothetical” sovereign haircuts beyond Greece, Europe’s leaders will indeed have managed to snatch defeat from the jaws of victory. If this happens, expect Europe’s financial crisis to continue to escalate as the ECB (and subsequently the EFSF) end up as the only buyers in town in the face of an enormous wave of sovereign debt sales from Europe’s banks.

Rather than wrangling over how much capital banks should raise, Europe’s leaders need to focus on the euro problem itself. The solution we need to see is a combination of credible “air cover” which buys the eurozone time, coupled with firm agreement on a credible strategy for growth and progress towards some form of fiscal union. If this is combined with a recap of the sector’s weaker names then expect Europe’s markets to continue to rally.

The views and opinions contained herein are those of Azad Zangana, European economist, and may not necessarily represent views expressed or reflected in other Schroders communications, strategies or funds.

For professional investors and advisers only.This document is not suitable for retail clients.

This document is intended to be for information purposes only and it is not intended as promotional material in any respect. The material is not intended as an offer or solicitation for the purchase or sale of any financial instrument. The material is not intended to provide, and should not be relied on for, accounting, legal or tax advice, or investment recommendations. Information herein is believed to be reliable but Schroder Investment Management Ltd (Schroders) does not warrant its completeness or accuracy. No responsibility can be accepted for errors of fact or opinion. This does not exclude or restrict any duty or liability that Schroders has to its customers under the Financial Services and Markets Act 2000 (as amended from time to time) or any other regulatory system. Schroders has expressed its own views and opinions in this document and these may change. Reliance should not be placed on the views and information in the document when taking individual investment and/or strategic decisions. Issued by Schroder Investment Management Limited, 31 Gresham Street, London EC2V 7QA, which is authorised and regulated by the Financial Services Authority. For your security, communications may be taped or monitored.