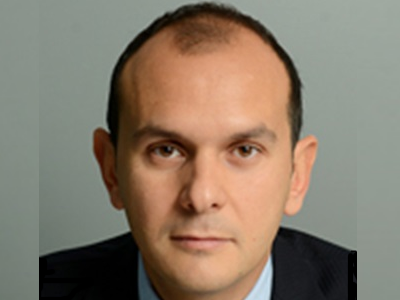 After a strong rejection of constitutional reform in the Italian referendum, Prime Minister Matteo Renzi resigned. We still believe that there won’t be a snap election, as we do not think that the president will send the country to new elections before parliament has approved a new electoral law for the upper house of parliament……

However, the strong rejection could open a new period of political instability in Italy, and the eurozone, causing a negative market reaction and possible concerns about the future of the single currency.

After a strong rejection of constitutional reform in the Italian referendum, Matteo Renzi announced his resignation as Prime Minister even before the official results were announced. He had previously labelled this reform the “crown jewel” of all his reforms, and with faltering political consensus, this strong rejection left him little choice but to go.

We still believe that there won’t be a snap election. In Italy it is the President, not the Prime Minister, that decides whether to dissolve parliament and call early elections. With the constitutional reform rejected, the current two-house system remains in place for the next general election, due to take place by May 2018. In April this year, the government had approved a new electoral law for the lower house, the Italicum, which gives the majority of the seats to the party that wins the election, but no electoral law for the upper house.

With the law currently in place, the parliament would be highly fragmented, possibly with different majorities in the lower and upper house, making it almost impossible to form a government . Therefore, we remain of the view that the president will be reluctant to dissolve parliament in the absence of a new electoral law for the upper house.

As we discussed in our referendum preview (Italian referendum: All you need to know ahead of the vote, 25 November) we also don’t think there is any immediate read-across between the referendum result, and the chances of the anti-establishment euro-sceptic Five Star Movement (5SM) coming to power. Having the upper house still in place makes a coalition government after the elections more likely, in our view, effectively ruling out the 5SM, which has tended not to enter into alliances with other parties in the past. In our view the most likely scenario is that the president will attempt to form a technocratic caretaker government with the aim of passing a new electoral law for the upper house. This means no snapelection, in our view. Provided an electoral law is passed swiftly by the Italian parliament – which might not be straightforward given the highly fragmented parliament – elections could take place in themid-2017, so less than a year before they would become due anyway.

Heading into the referendum, the market seemed to be pricing in a high chance of a “no” outcome (the latest betting odds were close to 75% for a “no”, source: Betfair). The spread of the 10Y government bonds over the German bund had already widened to the highest levels in the QE-era, and the banking sector fell sharply over the course of the year due to ongoing concerns about the fragility of Italian banks, and the burden of some EUR200bn of non-performing loans.

So the “no” outcome should not come as a major surprise. However, the margin of rejection and the news of Mr Renzi’s resignation will spook the markets, with heightened concerns about possible political instability in Italy and early elections. We therefore expect the spread on Italian government debt to widen further when markets open, and the stock market could fall further. There is likely to be particular focus on the banking sector. The euro could also fall as markets worry about contagion of any Italian political instability, with a number of eurozone countries facing key elections next year.

Following a possible knee-jerk sell-off in bonds and equities, we could see a reverse (at least partially) over the coming days as the dust settles. A technocratic caretaker government could be a much less risky option than the uncertainty of a snap election, given that early elections could bring some possibility of a populist party taking power. From a policy perspective, the caretaker scenario might not be too dissimilar to what Mr Renzi might have been able to implement anyway. And on the fixed income front, ECB sources have said that there is “some space [within QE] to help Italy, which will be used, if needed” (Reuters, 29 November), and the possible extension of QE by the ECB on Thursday should provide further relief . The ECB could therefore counteract any sharp yield rises.

Italy leaving the euro is remote

A binding referendum on the euro would also be unconstitutional in Italy, and while there might be a consultative one, parliament would not be bound to implement it (although it might be hard to ignore it). But, more importantly, the position of the 5SM on the issue is far from clear (it says it wants to hold a referendum on the euro, but to remain in the EU), suggesting that the debate about leaving the euro is still in its infancy in Italy. Surveys show the level of support for the euro is low, but it has been rising over the past few years .

In this context, the focus of markets’ attention could swiftly shift onto the position of centre-right reformist party, Forza Italia, on the issue of euro membership – on which they have been unclear so far – given the likely critical role it might play in the government formation post-elections.