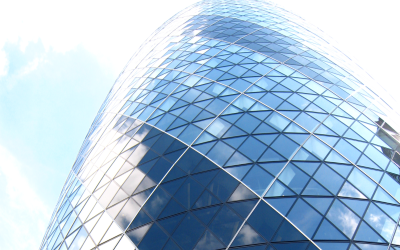 Today’s market reactions have to be seen in light of the recent rally in which many risk assets and the British pound have performed strongly with high-single-digit gains….

Initial market reaction: In the Asian markets this morning, the British pound (GBP) has fallen sharply against the U.S. dollar (USD) (falling to levels last seen in 1985), with the euro (EUR) also declining. Currencies traditionally perceived as “safe haven” in general and the Japanese yen (JPY) in particular have jumped, amidst signs of diminishing global risk appetite. Local equity markets have sold off on increased global-growth concerns. Bigger falls in U.K. and European markets are expected when these open. Countries with close economic ties to the U.K., such as Ireland, are likely to be especially vulnerable. The Bank of England (BoE) has already announced that it will provide liquidity support as needed; other central banks have indicated that they will be supportive, too. An initial response from European Union (EU) leaders is expected in the next few hours.

What to expect: 0-3 months
Politics and policy: David Cameron had previously said that he would stay on as prime minister in the event of a “leave” vote but is likely to be quickly deposed as Conservative party leader and thus prime minister. The next leader is likely to be a euroskeptic, which would probably complicate initial “leave” discussions with the EU. The immediate question is when to trigger Article 50 of the Lisbon Treaty – i.e. to formally start the leave process. In theory, the U.K. might benefit from a few weeks or months of deliberations before doing this, but pressure from the financial markets and other European leaders could well force a quick declaration. The EU is expected to adopt a tough negotiating stance, partly to batten down anti-European sentiment in other member states, but also because the U.K. arguably needs a deal more urgently then the EU does. The BoE looks well prepared for extreme market reactions, not least as it could access foreign currency by activating existing swap facilities with the European Central Bank (ECB) and the U.S. Federal Reserve. In the longer term, it could cut rates to support the U.K. economy; quantitative easing could be done if necessary. However, it might face a dilemma if a falling GBP causes inflation to rise. The U.K. Chancellor (whoever he or she will be) will face difficult decisions on austerity vs. the need for fiscal stimulus.

Asset classes: We expect capital outflows to put further pressure on the GBP versus USD. The EUR is also likely to remain weak. Risk-off trades may drive U.K. and other equity markets lower. However, larger U.K. exporters could be relative outperformers of U.K. domestically oriented firms on a belief that a weaker GBP could eventually boost U.K. exports. In the rest of Europe, riskier assets, from financials on both the fixed-income and the equity side, as well as high-yield bonds in the Eurozone and government bonds from the Eurozone periphery, are likely to remain under pressure. A lot will depend on how quickly EU decision-makers will be able to restore confidence. Against this background, all upcoming political events in the EU will take on heightened significance, starting with the upcoming election in Spain on Sunday.

What to expect: 3-12 months
Politics and policy: Under Article 50, the leaving country “shall not participate in the discussions of the European Council […] or in decisions concerning it.” This means that the U.K. prime minister would have to rely on a round of bilateral negotiations with other European leaders. Considerable uncertainty will persist as to what sort of “leave” agreement is possible: a European Economic Area (EEA) style agreement (similar to that now existing with Norway) could be ruled out by the U.K. government’s political need to reduce immigration. Renegotiating 120+ trade deals will take time and create bureaucratic overload. The BoE is likely to keep monetary policy loose; the ECB may also have to keep Eurozone monetary policy “looser for longer”, particularly if the Brexit starts to impact the German economy. We believe there is an outside risk that higher inflation due to a lower GBP could add to pressure for a U.K. rate rise. We expect discussions about exiting the EU to start within other European countries. Ideally, EU leaders might also see the referendum as a wake-up call to step up reform efforts.

Asset classes: Following the sharp initial devaluation, further GBP weakness is likely, but with periods of volatility prompted by positive/negative developments in “leave” negotiations. Uncertainty will continue to weigh on U.K. equities, undermining the expected boost from a lower GBP, until we get clarity on a post-EU trade regime. Machinery and transport equipment, chemicals, mineral fuels, insurance and financial services and manufacturing could be particularly vulnerable, given their high exposure to EU trade. Gilt yields might need to rise to a level where risk premia are seen as compensating investors (especially given the likely rating downgrade for the U.K.); as a result, they could go above U.S. yields. While we expect this should only have a limited longer-term impact beyond the U.K., the risk of contagion and a broader European crisis will require careful monitoring.