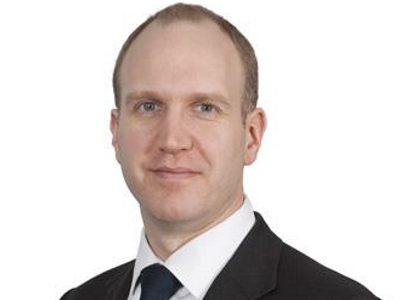 The EU will be mightily relieved that the Green Alexander van der Bellen has won the Presidency in Austria. Even if the role is generally more ceremonial than executive, the far right Norbert Hofer as an anti EU head of state would have been a real embarrassment to the European project and would have extended the establishment’s existing problems in the wake of Brexit and Trump.

The Italian No vote in their referendum is part of a much bigger jigsaw. The proposed constitutional changes were part of a complicated question which sought to put more power in the hands of the government by reducing the power of the Senate. Renzi made a mistake in threatening to resign in the event of a No, making the referendum a vote on him as much as about constitutional change. In the short term, we will probably see President Matterella put in place a technocratic government to rule until the next general election in 2018. Italy, the EU and the ECB may also need to help the Italian banking sector with their ongoing recapitalisation efforts.

However, this could all be a blessing in disguise. Had the vote gone through, there would have been more chance of an all-powerful anti-EU Five Star win at the next election. As it is, the checks and balances remain in Italy and the electoral process (specifically the Italicum law) is likely to be changed to favour a leading coalition, rather than a leading party.

Italian bonds have opened in a relatively calm manner following the referendum result, initially widening by around 10bps to German bunds and revisiting the spread levels we saw around the beginning of last week before retracing slightly. A victory for ‘No’ was already substantially priced into market prices.

As before, the key risk for Italy is its banking sector which remains under-capitalised and under-profitable. We do not expect a snap election; the new prime minister, whoever it is, must now move quickly to resolve the contradictions inherent way in which Italy elects the upper and lower houses of parliament without losing sight of the perilous situation of its domestic banks. The necessary recapitalisation of the banking sector will be made harder by a prolonged period of political uncertainty. The first test comes this week, when the architects of Banca Monte dei Paschi Siena’s capital-raise must decide whether to push ahead with their plan to raise a further €4bn through equity issuance. If that deal is pulled, the recaps of a number of other troubled banks may be thrown into question. The recapitalisation of the banks is essential if Italy is to escape its cycle of low growth.

At a broader level, we don’t interpret the vote as materially changing the outlook for Eurozone policy. We do not see the result as the reflection of the rise of an insurgent, anti-EU populist movement and it does not directly threaten the viability of the euro. At the margin, it may reduce the chance that the ECB announces a tapering of its asset purchases at this week’s Governing Council meeting. But spread levels and market volatility are – for now – too well-contained to elicit a specific policy response.