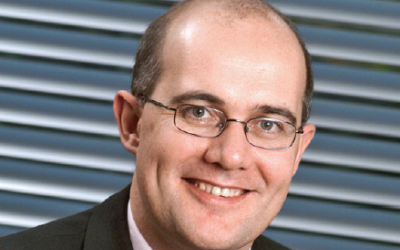 Greek government debt was further downgraded last week by Moody’s, with the agency noting that there is “an even chance of default over the rating horizon”. This latest action surprised few in the markets, with most investors wellversed in the fiscal story and the subsequent arguments around a possible debt restructuring. This latest action by Moody’s is, however, indicative of a wider (and growing) concern as to how the euro area will exit the current crisis. …

Whilst media attention is focused on Greece, it should not be forgotten that the fiscal journeys are daunting across all of the peripheries, with Ireland and Portugal also set to have debt/GDP ratios well above 100% in 2013. In this respect, the way in which the Greek crisis is managed and ultimately resolved is important, as it may provide a roadmap for elsewhere in the region.
Greece was given an EU/IMF €110billion loan package in May last year, conditional on stringent fiscal consolidation. Since then, the Greek government has made the largest fiscal adjustments of any European country, resulting in the primary deficit falling by an impressive 5.5% of GDP last year. Unfortunately, these austerity measures damaged the growth outlook and there is now clear evidence of fiscal slippage. Thus, net revenues to the Greek government fell by 9.2% in the first four months of this year compared to the same period in 2010, against a target increase of 8.5% for the year as a whole. This is not good news – the obvious conclusion is that Greece is beginning to fall behind target, and will require further financial assistance in upcoming years – in particular, there is a funding shortfall of €60-70 billion over the period 2012-13. Given the magnitude of the numbers, it is easy to argue that debt sustainability is simply unattainable and the country is insolvent.

We would argue that the costs of a near-term debt restructuring far outweigh the benefits – both for Greece itself and for the entire euro area.”

As an alternative to more EU/IMF support, many investors now hold the view that a restructuring of Greek debt is not only inevitable but also desirable in the near-term. The main argument in favour of such a move is that postponing the inevitable merely makes the restructuring more painful in the future. Moreover, it is already priced into the markets.

Market uncertainty would arguably be reduced as private investors are forced to crystallise losses, a limit would be put on the financial exposure of the rest of the Euro area to Greece and moral hazard would be avoided. The latter would surely appeal to many politicians in the core countries.
We are not of this view and would argue that the costs of a near-term debt restructuring far outweigh the benefits – both for Greece itself and for the entire euro area. First, it would not solve any of Greece’s income or balance sheet problems. More likely it would worsen the problem by exaggerating the headwinds on Greek growth – damaging the domestic banks and eroding wealth and confidence. Another adverse consequence would be the reduced access to external funding and a higher cost of borrowing for not just the government, but also for Greek banks, corporates and exporters.

Of wider consequence, restructuring could prove highly destabilising to bond markets, with significant contagion effects on the other periphery countries. Attention would turn from Greece to the other peripheries, with investors revising up the probabilities that they assign to restructuring elsewhere. This would obviously be very bad news for the euro area.

We suspect that most politicians appreciate this danger and that is why we do not envisage any debt restructuring or maturity extension this year. Rather we suspect that the way forward will ultimately be the full socialisation of peripheral debt – in other words, a long drawn-out process of fiscal transfers from sovereigns that are still solvent (Germany).

The views and opinions contained herein are those of Azad Zangana, European economist, and may not necessarily represent views expressed or reflected in other Schroders communications, strategies or funds. For professional investors and advisers only. This document is not suitable for retail clients. This document is intended to be for information purposes only and it is not intended as promotional material in any respect. The material is not intended as an offer or solicitation for the purchase or sale of any financial instrument. The material is not intended to provide, and should not be relied on for, accounting, legal or tax advice, or investment recommendations. Information herein is believed to be reliable but Schroder Investment Management Ltd (Schroders) does not warrant its completeness or accuracy. No responsibility can be accepted for errors of fact or opinion. This does not exclude or restrict any duty or liability that Schroders has to its customers under the Financial Services and Markets Act 2000 (as amended from time to time) or any other regulatory system. Schroders has expressed its own views and opinions in this document and these may change. Reliance should not be placed on the views and information in the document when taking individual investment and/or strategic decisions. Issued by Schroder Investment Management Limited, 31 Gresham Street, London EC2V 7QA, which is authorised and regulated by the Financial Services Authority. For your security, communications may be taped or monitored.